Stratford is a rural service center, serving the agricultural economy and is one of New Zealand's smallest local authority areas.

Stratford District is 2,170 square kilometres.  It has four distinct regions:

The alpine and bush environment of the Egmont National Park.

The dairy farming country of the Egmont ring-plain.

The relatively steep hill-country of eastern Taranaki, some areas of which are farmed mostly for sheep and beef farming. Some areas are abandoned farmland reverting to bush while some land remains in original bush.

It has on its boundary two National Parks:

Egmont National Park (33,543 ha, established 1900) comprises all the land in a 9-kilometre radius of the volcanic mountain Taranaki's summit and some outlying areas to the north.  The symmetrical cone of the dormant volcano is a provincial landmark.

It has over 140km of tracks that explore a range of landscapes, including forests, wetlands and sub-alpine shrub lands.

Stratford was established on the Patea River in 1877–78 and named after William Shakespeare’s birthplace Stratford-on-Avon. Many of the streets are named after Shakespearean characters, including Oberon, Cordelia, Titania, Juliet and Hamlet. The town is central Taranaki’s main rural servicing centre, and the administrative base of the Stratford District Council and the Taranaki Regional Council.

The first talking movies in the southern hemisphere were shown at the King’s Theatre in 1925. Stratford has seven war memorials; a hall of remembrance at the old municipal buildings displays framed photos of all of the district’s First World War dead.

The Waihapa oil and gas field, discovered in 1988, and its production station are 6 km south-east. The Stratford Mountain House and Dawson Falls Lodge in Egmont National Park can be accessed from the town. On State Highway 43 Taumarunui is 146 km to the east. This road is known as "The Forgotten World Highway", due the scarcity of settlement along the road in contrast to its earlier history. A sign reads "No Petrol for 140 km".

The 21st century has seen significant economic growth and some associated population growth in the town.In 2018 census 9474, In the 2013 census the district population was 8988, with 5466 in the township and 3522 in the surrounding rural area. The 2006 census was the first time that the town had recorded population growth since the 1991 census. 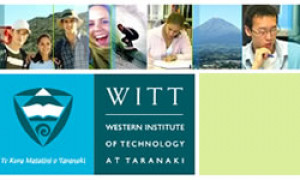 The Western Institute of Technology in Taranaki has a campus in Stratford, established in 1989. 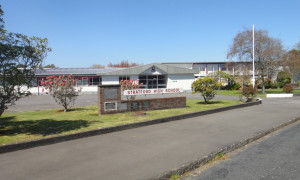 Stratford High School is a coeducational secondary (years 9-13) school with a decile rating of 4 and a roll of 516. The school was founded in 1897 and celebrated its centenary in 1997. 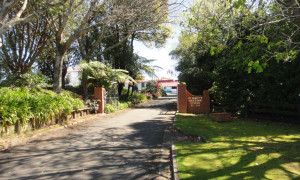 St Mary's Diocesan School is a state integrated Anglican girls' secondary (years 9-13) school with a decile rating of 5 and a roll of 159. The school was founded in 1914 and moved to its present site in 1917. Most of the students are boarders. 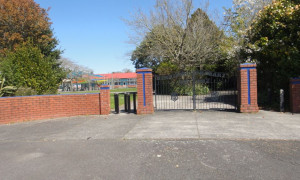 Stratford Primary School is coeducational and accept students for years 1-8.and has a decile rating of 5 and a roll of 405. The school was founded in 1882 and celebrated 125 years in 2007. 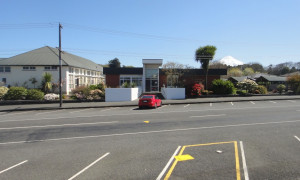 St Joseph's School is a state integrated Catholic school and is coeducational and accept students for years 1-8. 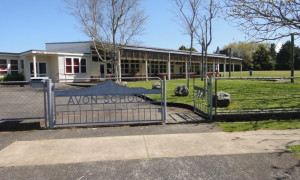 Avon School is coeducational and accept students for years 1-8. 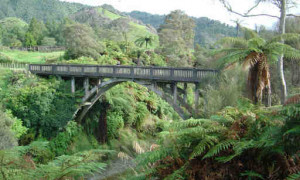 While it's only 150 kilometres long, the Forgotten World Highway is a highly memorable driving journey.

Built on colonial bridle paths formed in the late 19th century, the highway is remote and mysterious to the extreme. "A bit upsy downsy" is how one local resident puts it - a classic New Zealand understatement to describe a road that hugs the rugged contours of the land to provide a natural roller coaster experience.

The Forgotten World Highway can be approached from Stratford or Taumarunui. It wriggles its way over four mountain saddles, through an eerie one-lane tunnel and along a sinuous river gorge.  Fifteen kilometres of the road is unsealed gravel, and the only significant settlement on the way is Whangamomona, where the historic hotel is known for its hospitality. 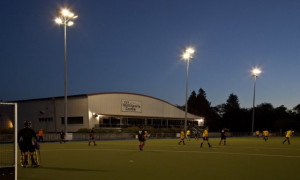 This comprehensive facility offers both indoor and outdoor sporting optionsas well as a fully licensed bar and restaurant. The upstairs Stadium Restaurant and Bar is available for casual dining or private functions. We also host many conferences in our 'room-with-a-view' conference/board room. 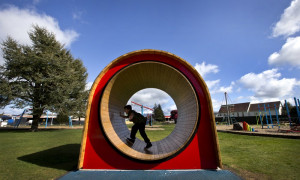 Stratford is justifiably proud of its many parks, reserves and play areas.

King Edward Park is located next to Stratford’s town centre, at the corner of Fenton and Portia Streets. Bordering the park are the TET Multi Sports Complex, Stratford Primary School, the TSB Pool Complex, the Centennial Restrooms, Girl Guide and Scout Den, and the Stratford Holiday Park.

Features of the park include the Malone Gates, built in 1923 as a tribute to Colonel William George Malone, who was killed at Chunuk Bair, Gallipoli, in August 1915.

Another popular attraction is the McCullough Rhododendron Dell. The Dell includes a pond, selections of rhododendron hybrids, azaleas, hydrangeas and native and exotic shrubs and trees.

Victoria Park is situated on Orlando Street. Previously known as the Fenton Street Domain, it was renamed in 1897 to commemorate Queen Victoria's 60 years' reign.

A lake is situated in the middle of the park and was once used by fishermen and boaters before becoming a home for ducks. A track surrounds the pond and the path leads walkers through an array of native plantings. The path caters for everyone, with seating and picnic spots.

The Victoria Park Memorial Gates, at the southwest corner, remind visitors of the sacrifice made by Stratford’s fallen soldiers in World War I. They were unveiled on Anzac Day, 1926.

To complement the gardens in King Edward Park, Victoria Park has its own rhododendrons planted alongside flowering cherry trees on the Fenton Street boundary.

Windsor Park is located on Cloten Road and gets its name from Shakespeare’s play 'The Merry Wives of Windsor'.

The park has giant miro trees alongside exotic trees to create an enjoyable setting for picnics and walks.

Windsor Park is unique in that it has a ‘beach’ located on the Patea riverbank, colloquially known as Windsor Park Beach. The stony riverbank offers the perfect spot to relax and swim at the beach ‘shark-free’.

The Thomson Arboretum, which adjoins Windsor Park, was created as a bequest from Percy Thomson, former mayor of Stratford. The arboretum represents the native flora and fauna of New Zealand and descendants of plants on the former Gondwana continent 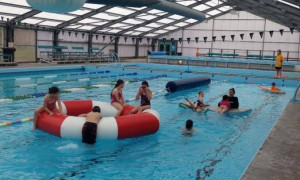 The TSB Pool Complex has a heated indoor pool, 25-metre/7-lane, open all year. There is also a learners' pool and an outdoor toddlers' pool. Shower facilities are available 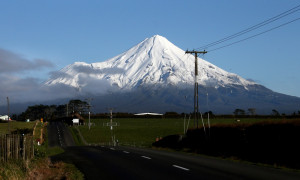 Egmont National Park was established in 1900, and is dominated by the dormant volcano of Mt Taranaki.  Mt Taranaki is a cone-shaped 2518m high peak that offers spectacular scenery. There are beautiful walks through the abundant rain forest to waterfalls, wetlands and excellent viewpoints. Standing as it does in isolation from other mountains it is one of the best parks from which to get an elevated view of another New Zealand - the rural heartland of the Taranaki

Racing commenced back in the 1964/1965 season with 14 stockcars competing at the first race meeting. Over many years, the club has seen many laps of racing, classes come and go, and, a dedicated bunch of volunteers operate this track. Stratford competitors have had a proud history, with 23 New Zealand championships 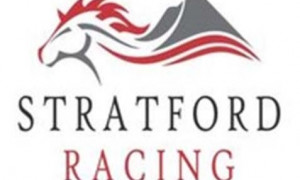 Stratford has an excellent horse racing club at Te Kapua Park and some of the best training facilities in New Zealand. The Stratford Race Day is held annually on 31 December. 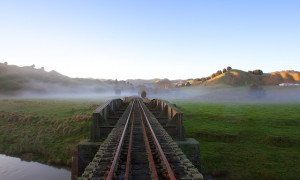 Experience a railway tour with a difference.  In 1901 construction on the Stratford to Okahukura Railway Line began.  Over a period of 32 years, 24 tunnels were carved using pick axes and shovels allowing the link from Stratford, the heart of the Taranaki region, to Taumarunui, the heart of King Country.

The railway line became an essential link to the outside world for the communities, businesses and farms that established in this remote country. Forgotten World Adventures provides self-driven  rail tours along  the now decommissioned railway line  in specially modified rail carts. Departing from Stratford or Taumarunui, enjoy a one or two-day tour exploring the deep hidden valleys of New Zealand's Forgotten World. The tours depart during the summer months of October through to April and truly are the best way to explore the Forgotten World 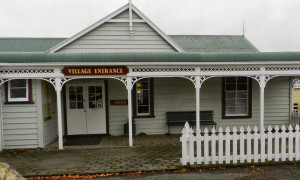 Taranaki Pioneer Village on State Highway 3, just south of Stratford in Central Taranaki, offers 10 acres of Taranaki Heritage. Take a nostalgic stroll through yesteryear and experience an outdoor museum presenting the life of Taranaki pioneers in the nineteenth and twentieth centuries - recall childhood memories and introduce ‘the good old days’ to the younger generation” A major central Taranaki visitor attraction that appeals to all ages with modern amenities which contrast with a 'stepping back in time' experience as visitors enter village main street. 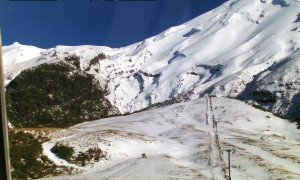 Manganui has a T-Bar, a learner’s rope tow, access tow, and a fixed grip rope tow or ‘Nutcracker’ (The Top Tow). 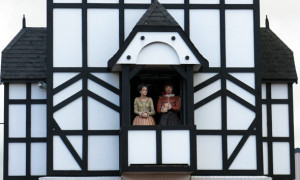 Stratford's revered  glockenspiel stands proud in the main street, Broadway, and is unique to New Zealand.

Shakespeare’s most famous star-crossed lovers, Romeo and Juliet, emerge for the balcony scene, reaffirming their vows of love, four times a day,

The life-size figures were created by Nigel Ogel, owner/curator of Tawhiti Museum, near Hawera.

The glockenspiel performs for approximately 5 minutes, after the hour chimes at 10am, 1pm, 3pm and 7pm. 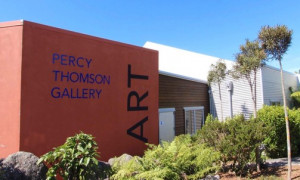 Percy Thomson Gallery is Stratford's public art gallery and was opened in June 2002.

The gallery has developed and grown over the years, now receiving national recognition as a thriving and diverse exhibition space catering for all age groups and interests and involving the community at large.

New exhibitions start every three to four weeks, and vary between national, local and regional artists – established and emerging. 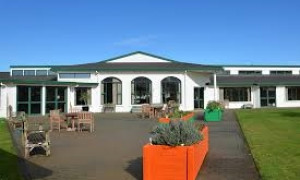 Elizabeth R Retirement Village offers 9 two bedroom villas and is a welcoming, boutique style village for people who enjoy the company of others while also maintaining their privacy. 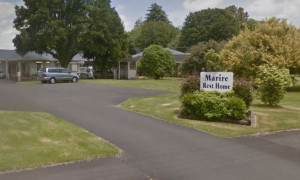 Marire Home is a rest home for the care of the elderly providing top quality residential care as well as providing a 24 bed hospital facility, a 16 room dementia unit, and a 24 chalet retirement village. Marire also provide a community care service as well as meals on wheels. 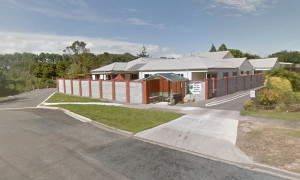 Maryann Home and Hospital is a modern facility to care for the elderly with services for those who need full time care, part time care, dementia support, or a retirement community.

Properties for sale or rent in Stratford

Our website uses cookies to help understand and improve your experience. Please let us know if that’s okay by you.

Cookies help us understand how you use our website, so we can serve up the right information here and in our other marketing.